You go after the shooter

I think attorney Cheryl Coleman summed up voter fraud nicely when on Talk 1300 Sunday she compared it to a hypothetical murder case: “Why would you make a deal with the shooter to get the cab driver who waited outside the bank.”
Given that’s how the whole thing went down – evidenced by the fact former City Clerk Bill McInerney got on the stand and admitted to forging scores of Working Families Party absentee ballot and absentee ballot applications for the 2009 primary – I can see why former Councilman John Brown is upset by the fact he is the only one implicated in the scheme going to jail. Late last year, Brown appealed his six-month sentence imposed by Judge George Pulver claiming it was harsh and excessive. Thing is, he waived his right to appeal when he pleaded guilty to possessing one forged ballot as part of the deal. Recently the prosecutor in the case, Trey Smith, replied to the appeal and the Appellate Division will rule one way or another.
As a kicker, as nothing is simple when talking about voter fraud, Brown also perjured himself in front of the Grand Jury so six months in jail to satisfy two felonies – plus who knows how many others he could have been charged with – so six months isn’t really harsh or excessive and he agreed to it. I’d be shocked if the court intervened in this one.
Of course, after seeing how everything else unfolded, with everyone who contested the charges getting off and the other three who pleaded guilty not looking at jail time, Brown is having second thoughts. Who can blame him for not wanting to go to jail while others are not? 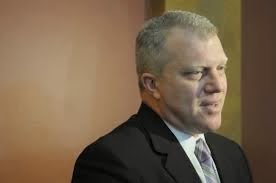 McInerney admitted to doing far worse things than Brown but as Coleman said, McInerney was the first in line to cut a deal with Smith and Smith needed someone to spill the beans on Board of Elections Commissioner Ed McDonough and her client former Councilman Michael LoPorto.
But McInerney, who as part of his deal had to spend some time working on the Sheriff’s work order program picking up garbage or what not, was hardly the star witness Smith needed to convict McDonough or LoPorto. He admitted to committing the forgeries, but didn’t point the finger at anyone but himself, and he didn’t do that until he was granted a level of immunity that far outweighed the crimes he admitted to committing.
There are all sorts of conspiracy theories kicking around and one includes that Smith engaged in “selective prosecution” by going after McDonough, who is represented by attorney Brian Premo, and LoPorto instead of McInerney and those higher up in the Democratic Party who may or may not told him what to do in order to steal the WFP line for their candidates. It may or may not be true, but believing Smith was in the tank through all that voter fraud encompassed throughout the five-year ordeal is a tough concept to grasp and an even harder to prove. 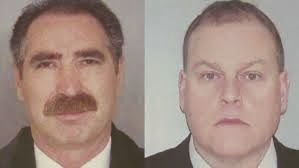 That’s the bottom line. I don’t see a grand conspiracy. I see a bunch of guys who desperately wanted to win the election – including Brown who was angling for Council president – wanted the WFP line that was routinely stolen by the GOP, had no idea how to go about it and the one who headed up their campaigns in the hopes of keeping his job or getting a better one – McInerney - ended up forging about everything in sight.
And then there was the less than stellar effort to prosecute them and in the end, McInerney was the proverbial shooter in Coleman’s analogy … and everyone else was driving the cab.