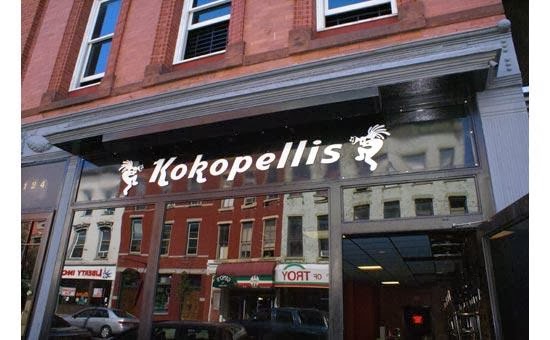 The city issued 15 nuisance abatement points to Kokopellis, three each for the five arrests made during a Jan. 25 melee, police Capt. John Cooney told @Talk1300 on Sunday.
According to the City Code, if a building is issued 12 or more points in a 12 month period or 18 or more points within two years, “a nuisance shall be deemed to exist and the mayor or mayor’s designee may take action.” The 15 points are in addition to three already assessed the Fourth Street establishment for unrelated infractions.
The owners of Kokopellis, Barry and Joe Glick, must be afforded a hearing within 60 days of Jan. 25 and if all the points withstand scrutiny the city could close the building “to the extent necessary to abate the nuisance,” suspend for a certificate of use for up to six months or revoke the certificate for up to 13 months and/or suspend or revoke an occupational license for the same time frame as above.
Abatement points can be given to any structure in the city for a host of infractions including drug use or possession, junk cars, excessive noise, and violations of city code and/or state law.

In the case of Kokopellis, Troy police were called to the bar by two 911 calls stating that there was a massive fight taking place. Upon entering some 10 minutes after the calls, surveillance video indicates people leaving in an orderly fashion until police attempted to arrest Roshawon Donley. The surveillance video, and a cell phone video, show an officer striking Donley with a nightstick while two other officers attempt to restrain him just before place erupted into chaos.
Complaints of excessive force followed in the days following as did cries of racism and calls for an independent investigation into the matter. A Public Safety Committee hearing was held last week for the public to vent its frustrations with the police department and it was a well-attended and emotionally charged event. Another is slated for Wednesday for the police and its supporters to respond.
The five were arrested Jan. 25 for a host of crimes including harassment, resisting arrest and disorderly conduct. Two were arrested after the fact for similar charges including throwing a garbage can through the back window of a police cruiser. The last two arrests are not part of the nuisance abatement procedure.
According to City Code, “a conviction for an offense in a court of competent jurisdiction shall not be required to establish that a specified violation of law has occurred at a building, erection or place.” In other words, disposition of the criminal charges, and if they are reduced or dismissed, have little bearing on the nuisance abatement procedure.
After the melee – much of which took place outside the bar – eight officers ended up injured with six going to the hospital for the treatment of various, minor injuries.
Will be updated as more information becomes available.
Posted by Unknown at 11:46 AM