The correct agenda, email fun and the minority gets an attorney (UPDATED)

It has come to my attention the wrong agenda was actually sent to City Clerk Karla Guererri by Council President Rodney Wiltshire so she went ahead and sent it to the entire Council, as is part of her job. (I initially blamed Guererri for sending out the wrong agenda and then was told it should have been sent to Wiltshire for approval before the entire Council. Then I was told Wiltshire sent it to her with the expectation of sending it to the Council. I'm not sure where the wires got crossed but the fact remains the Council got the wrong agenda.)


This morning, while trying to correct the post I wrote last night on the wrong agenda, I inadvertently deleted it in Blogger and did not have time to go back and modify the original in Word before going on the radio. Anyway, more on that later since the committee chairs really did not change at all.


A couple things stand out in the correct agenda: One is the Council is poised to hire an attorney for the two-member minority at a cost of $15,000; the second is the appointment of Lucille Taylor as deputy city clerk, which has at least one member projecting possible ulterior motives.
I’m not sure who Taylor is, but Councilwoman Lynn Kopka, D-At Large, who used to be president, sent an email to former Councilman Mark McGrath, R-District 2, stating that she is a friend of Councilwoman Anastasia Robertson, D-District 2, and the appointment was a way for Council President Rodney Wiltshire to buy her off.

“I think a friend of Anastasia – bought off with the appointment??,” Kopka (pictured right) wrote in an email that can be seen below. She then wrote to someone, likely Guererri, that Taylor’s voting records should be checked and gave her address. Kopka and McGrath - or at least McGrath - also had a laugh over Taylor’s resume, which can also be seen below. Others on the Council who got the wrong agenda reached out to Wiltshire too with a sense of bewilderment.
Also, the deputy city clerk position and its $40,000 salary were initially supposed to go to Lou Schneider, the assistant city clerk who makes $27,835. Schneider, who was recruited by county Democrats to run for Legislature, will remain in his current position at his current pay.
One last thing on Guererri, she had a rough start but things have been going pretty smooth of late and her not getting re-appointed has nothing to do with job performance and everything to do with politics since she is Kopka’s girl, and Kopka is Rensselaer County Chairman Tom Wade’s girl. Council President Rodney Wiltshire, however, isn’t anyone’s house … . 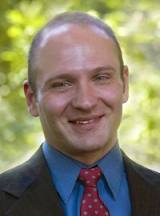 Politics also brings us to hiring an attorney, Kelly Cramer, for the two-member minority caucus at the same $15,000 rate as that of the attorney for the seven-member caucus, Joe Laccardi. The idea has been talked about every two years since Republican Carmella Mantello was the vocal opposition representing District 3 some dozen years ago but the majority of either party never granted the request.
It was never granted for two reasons: one, politics 101 dictates the object of the majority is to keep the minority in the minority; and two because the charter had said the Council’s attorney represents the entire body and not just members of one party. Of course, the attorney was invariably a friend of the majority so it never worked out all that well and I can see the rationale.
The differences now in Troy are twofold: The minority and majority don’t fight with each other but members of the majority are waging war amongst themselves; and the charter was changed in 2009 calling for the hire. Though, this is the first year it followed through.
In other words, it’s $15,000 of your tax money to hire an attorney for two members of the panel Councilmen Jim Gordon, R-District 1, and Dean Bodnar, R-District 3, who seem to be getting along just fine with the other seven and even got committee chairmanships. In the end, Robertson is the only one who opted not to take a chairmanship.
Also, according to the correct agenda, Matthew Waite will replace Lucy Larner as legislative assistant at a salary of $10,000.

Back to the top, according to the wrong agenda, Councilwoman Erin Sullivan-Teta, D-At Large, (pictured right) did not head up the Human Resources Committee. Rather, it went to Councilman Ken Zalewski, D-District 5 (pictured above.) In fact, Sullivan-Teta did not chair any committee.
That, of course, in my conspiracy theory driven brain, led me to believe that Wiltshire was “punishing” her for siding with Kopka. While it may have been wrong, it would have been a whole lot more fun if it were the right one.
The Council meets Thursday for its organizational meeting and then its first regular meeting with Wiltshire as president.
Below is the email between Kopka and McGrath as well as Taylor’s resume
On Friday, January 3, 2014 10:53 PM, lynn kopka <lkopka@earthlink.net> wrote:


you got that right


Haaaa, she evidently has a hard time keeping a job!  Look at the dates. Haaa


To embark on a career that will combine my educational knowledge and work experience in a way
that will provide me with the opportunity to commence working in the public or legal administration
field.


Responsibilities
Maintained all client case files using tickler.
Managed and maintain attorney’s calendar
Scheduled, set up and notify clients and opposing counsel of upcoming EBT’s
Notarized in house staff Affidavit of Services when necessary
Finalized documents for mailing to opposing counsel for service and court for filing
Communicated with clients and court personnel with regard to upcoming court appearances


Maintained Inmate Appeals in the legal office of the NYS Division of Parole by comparing the • information received to the information in the system using FPMS and PARMIS, Access and Excel;
• Requested and maintained inmate records for upcoming inmate appeals, or forwarded to
DCJS/AG's office or representing attorney's office as requested
• Checked parole hearing dates and input the new data to start the appeal process;
• Sent correspondence to inmates/attorneys regarding upcoming appeal deadlines;
• Opened and input briefs received as approved by either attorneys or inmates (pro se);
• Pulled files to complete appeal process, placed appropriately to be reviewed by the
Board Members for decision making; answered incoming calls accordingly and/or relayed to proper attorney


Legal Ease
• Assisted with editing all documents relative to matrimonial law, i.e., actions for divorce, agreements
• for separation/custody; asset division;
• Opened files in TIPS and maintained calendar schedules for attorneys
• Prepared welcome packets and retainer agreements as well as prepared SNW
• Prepared affidavits of service, and filed papers at several area courts
• Greeted visitors and directed them to conference room for EBT's and other client conferences
• Prepared and organized file folders for trial preparation; opened mail and directed to paralegals handling case, and handled the checks and bank deposits when necessary


Filed, copied and scanned customer and client related documents into CSR folders on database
• Gathered EOB's as needed and forwarded them to correct representatives
• Assisted with the call line with overflow calls and merged client information as needed
• Ordered supplies and assisted the medical records department with overflow maintaining the files in Excel


as discussed. check to see if she is a registered voter. 78 6th ave


yes. i think a friend of anatashia - bought her off with the appointment???


Who's Lucy Taylor? Deputy clerk?
Posted by Unknown at 7:29 PM