Dunne vs. Reeves: Tale of the Tape

As I wrote before, the gas line on the King Fuels site is just the latest spat between Planning Commissioner Bill Dunne and soon-to-be former City Engineer Russ Reeves. The two have been in a near perpetual pissing match over projects, who heads up the Code Department and in general who is in charge of what since Dunne was appointed nearly two and a half years ago.
While it may look like Reeves is conceding by turning in his resignation effective May 2 he isn’t going down without taking a few parting shots and the first of those shots happened when he went to talk to the FBI, the next round will happen tonight when he testifies in front of the Council.
How Dunne responds, or if Dunne responds, is yet to be seen. He will, though, be hard pressed not to answer a Council subpoena, which will certainly be coming, and harder pressed to not answer questions posed by the feds.
Since the pissing match isn’t over yet, here is a tale of the tape: 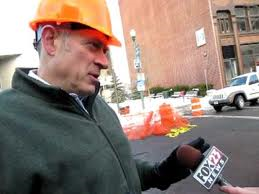 Build: Solid, torso as long as legs
Reach: FBI
Demeanor: 1950s sitcom father
Political affiliation: None
Strength: Licensed engineer
Weakness: Malleable at times
To lose: His license, until he resigned
Summary: Reeves is considered a pretty straight shooter. He was hired by a Democrat, Mayor Mark Pattison, and worked eight years for a Republican, Mayor Harry Tutunjian.
Over the years, though, there have been three questionable opinions he rendered.
One had to do with the Bucks, an elderly couple living near Griswald Heights. Before coming to work for the city, the Bucks hired Reeves to determine if the fact their neighbor, a Democratic loyalist with a backyard that backed up to the Bucks’ backyard, filled in a drainage ditch to put up a fence was the reason their basement began flooding. Reeves said yes, that is the reason. But, once he was hired for the city, he changed his mind and said it was caused by problems with the retention pond at the far end of the block.
The second is perhaps the most egregious and had to do with a decision to tear down the marquis on the old Cine Art building on River Street. At the urging of Fire Chief Tom Garrett, Reeves said the historic structure was unstable and could fall down at any time. It did fall down after a demolition crew bashed the crap out of it for hours with a crane, sledgehammers and even a torch.
The third was when a water main broke in South Troy and filled a basement with silt. Even though the pipe was 10 feet underground Reeves blamed the break on the frost and called it an “Act of God.” It, of course, had nothing to do with the fact it was some 100 years old.
Plus, while Reeves was hired by a Democrat he did spend the majority of his Troy career under a Republican and is considered one of "Harry's guys." Dunne, as a rule, doesn't like "Harry's guys." 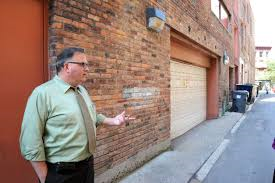 Age: mid to late 40s
Build: Kind of like a pear
Reach: Tom Wade
Demeanor: 80s rock star sans the big hair
Political affiliation: Staunch Democrat
Strength: Political animal
Weakness: Ego and emails
To lose: His job and possibly more depending on FBI probe.
Summary: Dunne served eight years on the Council and was the most vocal, and most effective, loyal opposition to Mayor Harry Tutunjian and the GOP when they ran both branches of government. His political savvy is a major reason the Democrats ended up taking back the Council, growing the thorn in Tutunjian’s side. In all, Dunne was an effective productive member of the Council.
It’s his actions outside those associated with his work on the Council that seemed to get him jammed up. He got fired from what was considered a decent job at the state Dormitory Authority and while both sides are sworn to secrecy the bottom line is it had to do with a female employee, some emails and he was ordered to never step foot on Dormitory Authority property again. As with any similar story, there are two sides but everyone only knows, or thinks they know, the one.
During his time on the Council he was a stickler for procedure and following the rules and regulations to the letter or at least he held Tutunjian to that standard and rightly so. They are in place for a reason and part of the Legislative Branch’s charge is a check and balance to make sure the Executive Branch follows them.
But, now that he is in a position to do so, it seems Dunne is doing the same thing he accused Tutunjian of doing and even taking it a step further. The sidewalks in North Central, the King Street demolition, sale of the Scolite property and the King Fuels demolition are all examples of Dunne pushing the envelope and now the feds are investigating. How far he pushed it is yet to be determined.
Because of that the FBI is nosing around and his actions are making Mayor Lou Rosamilia look bad. His battle with Reeves is perhaps his most public, but behind the scenes he is battling with a number of employees and, more importantly, Democrats close to Chairman Tom Wade who know Troy voters have, and will again, oust entire slates of candidates if they see something they don’t like.
Since Reeves is heading out of City Hall with his license in tact and Dunne is still there I'd call it a draw for now. That may change depending on how deep the feds go or on what the Democrats do.
Posted by Unknown at 8:58 AM