PBA Pres. Fitzgerald is leaving at a tumultuous time

Police Benevolent Association President Bob Fitzgerald is retiring sometime in 2014 and I have to say I have mixed feelings.


On the one hand, Fitzgerald’s fights with the city provided me with a ton of fodder. On the other, when animosity between a union and management crosses the line from professional to personal, it’s just not good for the city.
That said, Fitzgerald’s main objective is to look out for his guys and nobody can say he didn’t do that. He does leave office, however, at a difficult time for the PBA.


While the high profile drama involving the police commissioner/police chief is getting the most public attention, the touchiest subject among the PBA members is the fact they have not had a contract since Dec. 31, 2010. 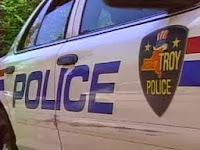 His relationship with then Mayor Harry Tutunjian was so toxic the common thought was Fitzgerald refused to seriously negotiate until a new mayor took office at the beginning of 2012. Since the PBA used its considerable political clout to help Mayor Lou Rosamilia get elected, everyone expected the novice mayor would cave to the PBA and award a Cadillac contract.


To the mayor’s credit, he did not. The last offer on the table was a 0 percent raise in 2011 through 2013 and a 2 percent bump in 2014. While Fitzgerald did attempt to include some issues like reinstating the ERT, SOS and other overtime boosting programs, the 124 or so PBA members shot down the idea for lack of retroactive raises across the board rather than OT for a select few.
On a personal/professional front, Fitzgerald also has a lawsuit pending against Tutunjian, Tedesco and the city. A few years back an officer claimed Fitzgerald threatened him with physical harm. The mayor and chief suspended Fitzgerald and subjected him to a psychological evaluation. Fitzgerald, in turn, sued.


Sources tell me attorneys for both sides – Fitzgerald is represented by PBA attorney Mark Walsh and while rumors abound, I’m sure if the PBA or Fitzgerald is picking up legal fees – agreed to settle the entire thing for $75,000 but the city shot it down. Should a settlement remain elusive, a court date set for Feb. 24, according to sources.

While the majority of PBA members probably don’t care who the chief is or if there is a police commissioner or not – they would rather just come to work, arrest bad guys and go home – that controversy has dominated the news as of late.


Briefly, if you remember, when Tutunjian appointed John Tedesco (pictured left) chief, Fitzgerald called the media and “revealed’ that Tedesco was chosen because he buried an investigation into drug dealing by members of Tutunjian’s administration. It was an absurd allegation that did nothing but widen the rift between the PBA and the administration. It's nothing new, really, if you remember, then City Manager David Grandeau harbored such ill will with then PBA President Jack Rogers, the former named a sand trap after the latter. 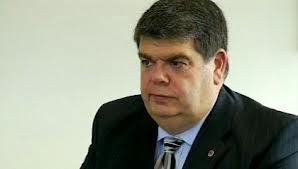 Tedesco did what he promised, made changes to make the department run more efficiently and more effectively and the PBA wasn’t happy. So, Fitzgerald pressured some on the Council, namely Nina Nichols and Kevin McGrath, to appoint Tony Magnetto as commissioner essentially stripping Tedesco of his power. It backfired in a whirlwind of controversy and Magnetto (pictured right) is set to step down early next year.


Tedesco did not lay down on the job and he didn’t retire. Rather, he hired an attorney and is now threatening a lawsuit. The PBA in turn - or was it first? - filed a complaint on behalf of an officer who claims the chief inappropriately released the results of an Internal Affairs investigation that found the officer did use excessive force during a 2012 arrest. The chief asked the FBI to take a look at the entire situation and an agent did pay a visit to the TPD.
In other words, it’s a mess.


Officially, Fitzgerald said he is moving his family to Virginia where his children will have more opportunities. I don’t doubt that.
The unofficial talk is that he announced his retirement without a firm date to leave the door open should the FBI or anything else turn up the heat beyond the comfort zone.
I’m guessing the truth is somewhere in the middle.