The Friends are gathering again 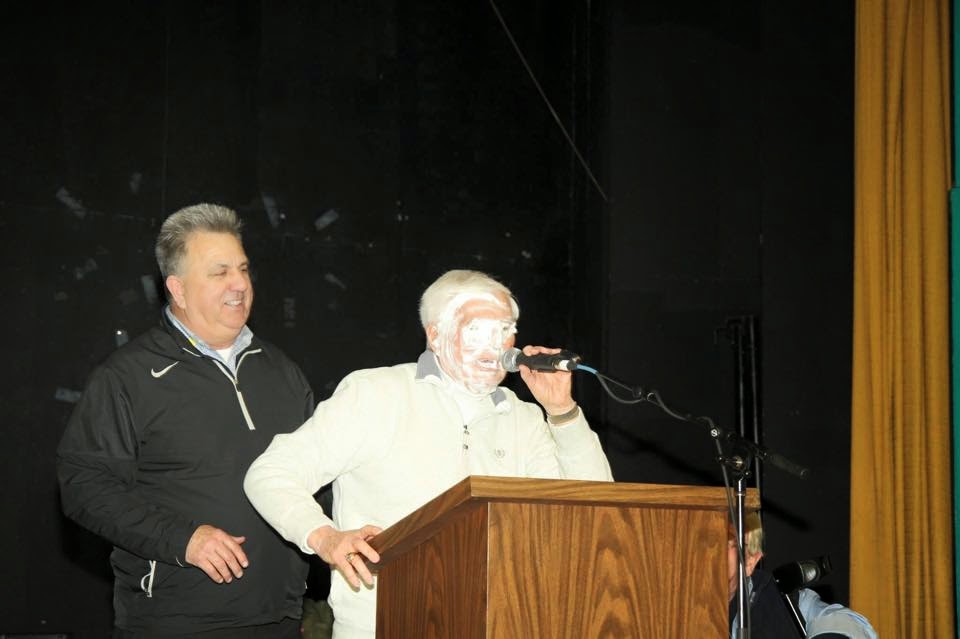 The Friends are gathering again – for the 38th time.
And that means all that’s held sacred is fair game, all political affiliation is left at the door (or at least that’s how it’s supposed to work and does 99 percent of the time), all food and drink are consumed with vigor, and all proceeds are for good causes.
You can read Vito Ciccarelli’scolumn here for the ins and outs of the annual shebang which brings Lansingburgh natives together from across the street and across the country just to get their chops busted or maybe get one of the awards. Both are considered an honor – except the award winners get a plaque and the butt of the jokes have to smile, sometimes wave and most all the time wish they were somewhere else ... anywhere else … until it’s the next person’s turn through the gauntlet. 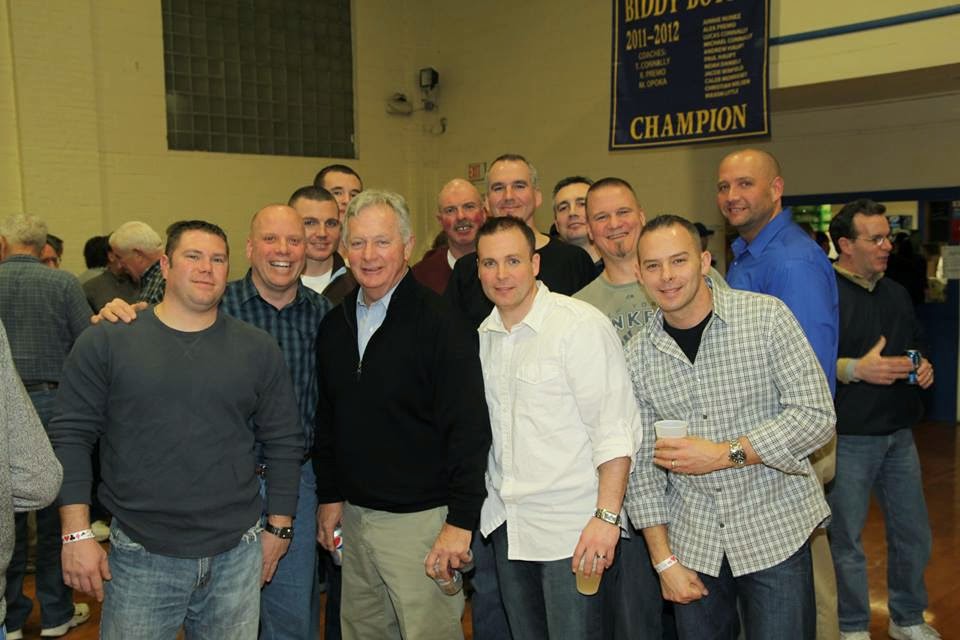 I wish I could share some of hilarious jokes I’ve heard in the past (and a couple that made me wish I never accepted that first invitation more than a few years ago) but then I would certainly piss off a good portion of The ‘Burgh and that’s something no sane person would voluntarily do. Sure, there is some truth to South Troy Against the World, but I sure as hell wouldn’t want to take on every red-blooded male north of 101st Street either.
So, with that in mind, I will say it is a pretty good time with plenty of eats and plenty of booze and plenty of laughs.
Based on Chairman Mick Carrenger’s appearance on Talk1300, info from Ciccarelli’s column and stuff I’ve picked up over the years, six Friends who hadn’t seen each other in a while first got together 38 years ago. They had such a good time they decided to do it again the following year … and the following year and the year after that too and then again 34 more times. More and more decided to join in the fun the last Saturday in February and now the number of Friends is pushing 350. 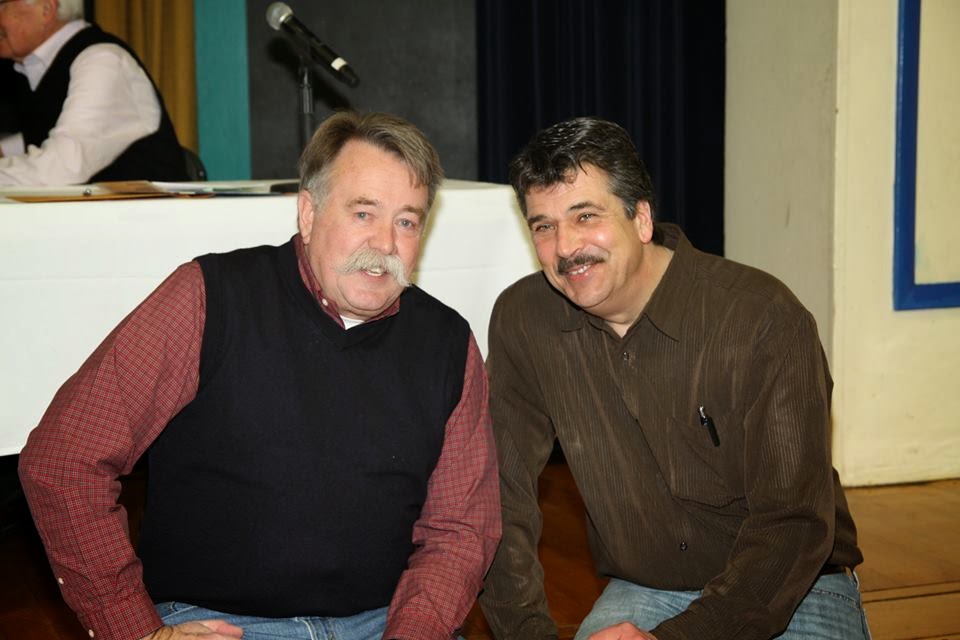 Amazing, really, that such a tradition can carry on for so long. It’s not only the draw of eat and drink that bring the men together – it’s giving back to the community that taught them how to be men. All the proceeds benefit non-profit organizations and over the years the Friends have donated thousands of dollars to groups like the Lasingburgh Boys and Girls Club, baseball leagues, pop warner, Powers Park, The Flag Day Parade, ALS and the American Cancer Society.
(Sorry ladies, despite the fact that your gender, by biological default, spawned every man in the room you can’t come. However, while wives, girlfriends, mistresses and one-night stands are fair game, mother jokes are not allowed. Well, they are frowned upon … unless they are really funny then they are laughed at and then frowned upon.)
Generally the evening goes something like this: Social hour, dinner, remembrance of Friends who are no longer with us, the awards ceremony (that includes recognitions for athletics, military service, humanitarian of the year and man of the year), skit (which can be good and really funny or so bad it’s really funny), and then the speakers. 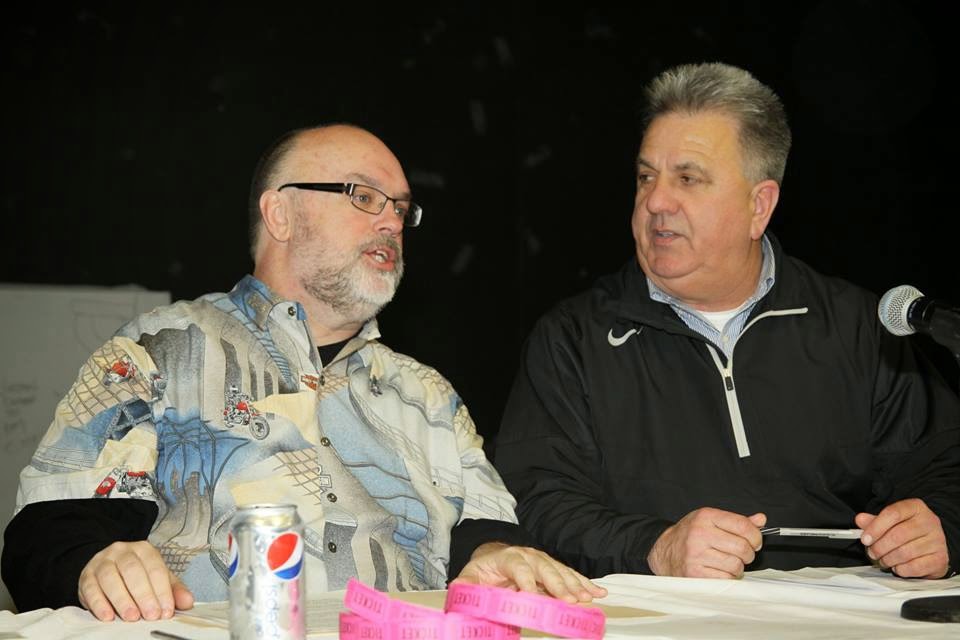