As promised, here are the odds for Republican Party Troy mayoral candidates. The same criteria was used as for the Democrats: it’s not based on winning the election but on who will run and by run we mean publicly announce and begin the arduous task of raising money.
First a bit of history. Troy changed from a city manager form of government to that of a strong mayor in 1994. Mark Pattison narrowly defeated now Rensselaer County Executive Kathy Jimino in the 1995 election and was sworn in as mayor on Jan. 1 1996. The Democrat served the maximum eight years allowed under the charter – despite efforts to abolish term limits. Harry Tutunjian, a Republican, won the next election and the next and served for eight years. For the last three-plus years Democrat Mayor Lou Rosamilia has been at the helm.
The point is, despite the Democrats enjoying a huge enrollment advantage, Republicans do have a shot at the mayor’s office, particularly since the state allows the minor parties to cross endorse major party candidates.


So without further ado … the odds:


-Carmella Mantello: The former councilwoman has run for mayor twice before – once against Pattison and once four years ago against Rosamilia – and has all but announced her intentions to run this year too. 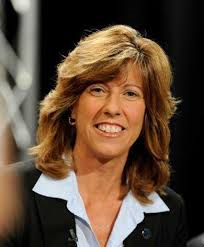 She narrowly lost an At-Large seat two years ago and has gotten some decent press by exposing irregularities at the less-than-cooperative Board of Elections. She has also criticized the Council for the budget mess it did nothing about and Rosamilia for the same. And perhaps most telling is the fact she recently sent a letter to Republican Party committee members pointing out the many shortcomings in city government as well as her belief there is a need for change.
That said, she had to go directly to the committee members rather than the leadership because, plainly put, they don’t like her much and probably won’t give her the nomination. The thing is, she doesn’t care, has nothing to lose and wants the job perhaps more than anyone in the city - even if it means getting it by first running a primary.
Odds of her running - 2 to 1.


-Jim Gordon: The councilman from District 1 said he has made a decision on a run for mayor but isn’t ready to go public with it yet. 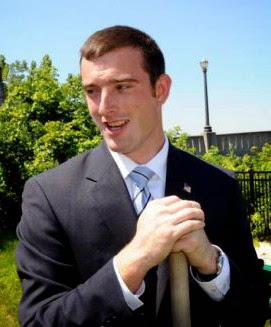 He does have party support should he take the plunge and he has, over the years, made a solid name for himself in his district of Lansingburgh. Being in the minority, he can point his finger at the paper majority of Democrats on the Council and the administration for not doing anything to address the looming fiscal disaster. Close observers, however, know he and his Republican colleague teamed up with four Democrats to form the true majority of six on the same Council that punted the fiscal problems down the road. Let’s just say he has been less than stellar in his role as the minority check and balance watchdog.
Also, he would have to give up his $15,000 Council seat, a seat he won on his third try, to run for mayor and he works for Jimino. a mayoral run would bring her office at least a little bit into the spotlight and that’s something the county executive would rather not see happen.
Odds of him running - 5 to 1.


-Mark McGrath: The former city councilman from District 2 staunchly denies any knowledge of an effort to recruit him into the campaign with “Draft McGrath” signs placed around the city this fall. But, there is no denying he got a kick out of it.

He also got a kick out of being a watchdog on the Council for eight years whether or not it was his own party he was watch dogging or that of the Democrats. He was also elected four times in a district that on paper is a Democratic seat so he obviously appeals to voters across party lines.
He will likely not, however, have the party’s support should he run for mayor – he was recently asked to run for an At Large seat. He responded to that offer with a question: “If I’m running city-wide why don’t I run for mayor?”
A city-wide campaign, though, would take about $150,000. While McGrath does enjoy mixing it up in the press, and the ego-stroke that comes with it, he doesn’t have the temperament or the skill to run the nuts and bolts of a campaign – which includes raising money and coordinating volunteers. A fractured party will do nothing to help that crucial effort. Plus, he is enrolled in the Conservative Party and would need Republican Party permission to even get on the ballot.
Odds of him running – 7 to 1


-Harry Tutunjian: There is no secret the former mayor loved the job and would like to run again but given losses for Council and Legislature the popularity he once enjoyed has evidently waned. The party knows that too and will likely not give him the nod for anything outside another run at Council.

He does, though, have a base of support among the party faithful and does appeal to more moderate voters across party lines. He rightly points to the hypocrisy of some of his critics who would have tarred and feathered him for some of the recent shenanigans - illegal sidewalks, shady demolitions and general incompetence – but have turned a blind eye to Rosamilia and company.
Odds of him running – 15 to 1


-Dan Crawley: The deputy mayor under Tutunjian is currently the executive secretary of the Troy Housing Authority. While his name has been floated as a potential mayoral candidate Crawley doesn’t like the spotlight and would prefer to exercise his influence from behind the scenes.
He has cleaned up the local organization that is funded with federal money and has historically been riddled with scandal and controversy but doesn’t have that much time until he can retire. He may run sometime down the road but likely not this year.
Odds of him running – 20 to 1


-Kevin McCashion: The mad tweeter who coined the phrase #troycrazy has been written up in the Times Union, the Business Review and has appeared on Talk 1300 to give his unique and sometimes off the wall take on all things Troy.
He probably has more enemies than friends and the party wouldn’t even support him for the thankless job of city chair so there is no way he gets the nod for mayor.
But, he did submit a bid to develop the old City Hall Site on Monument Square so there is really no telling what he will do.
Odds of him running – 30 to 1


Odds for the rest of the field – which includes Councilman Dean Bodnar, THA Comptroller Deb Witkowski, Police Chief John Tedesco and Kevin Vandenburgh stand at 50 to 1.