More on Wiltshire and Mantello

This is in response to Patrick McKenna’s request for more information on the Wilson-Pakula and how it hurt Carmella Mantello’s At Large Council bid.


According to state Election Law, a candidate not enrolled in a political party cannot run on that party’s line without the party’s permission. Who gives permission – be it the local or state committee – varies by party.

For example, when Tom Connolly and Bob Mirch took over the Independence and Conservative party committees they changed the bylaws to make endorsements come from the local level so they would have complete control. On the flip side, a few years later, the Working Families Party saw Mirch and company try to take over the party by the same means so they shifted the power to grant a Wilson-Pakula, or power to grant permission to run on the party’s line, to the state level.


Of course it didn’t detour Mirch, Connolly and company for long because all they did is enroll a bunch of people in the party and drove them to the polls to elect shadow candidates they put up to steal the line from the Democrats. Chris Consuello, and his slogan “Pizza before Politics,” is the one I wrote about most often just because it was so damn funny. But candidates have also included the likes of a guy named Billy Gilboe - aka “Soggy but Safe ” for a leap he took off the Green Island bridge a while back and who had no idea he was even running - and the sons, daughters and other relatives of those in the GOP or employees working in GOP controlled jobs.


So, how did it hurt Mantello. Well, obviously Democrats far outnumber Republicans in the city so Wiltshire had a leg up to begin with and he had the WFP line too. Traditionally, the C and I line can account for about 15 percent of the vote in any given election, however, and the GOP has used it to their advantage. Ten years ago, Frank LaPosta beat Harry Tutunjian for mayor straight up Democrat to Republican but Tutunjian had the C and I line and it put him over the top. (As someone pointed out Wiltshire having the I line helped him more than it hurt Mantello and Kopka but in a way it's saying the same thing in a different way.) 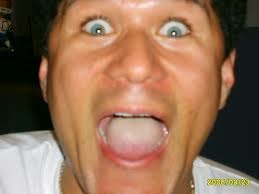 As I mentioned, there is no way Wiltshire would have gotten the I line without a nod from the GOP. I know some GOP loyalists were even collecting signatures for him. (Even though a candidate has the party’s permission they still have to get enough valid signatures to get on the ballot.) If the GOP were squarely behind Mantello, there is no way they would have allowed Wiltshire to have the I line. No way. Once he did, coupled with the Democrat and WFP lines, the council presidency was his to lose and it did nothing but hurt Mantello; and the current Council President Lynn Kopka too much to the chagrin of those in the Democratic Party proper who would have just as soon seen the status quo continue.


Obviously, Wiltshire played it right and he is the next president. It’s going to be interesting to see how he does and if he remains as independent as he did through his first two years.


Hope that clarifies things. Feel free to ask any questions and I will answer them to the best of my ability.