Bring in the FBI


﻿
Just a quick note on the battle going on at the Police Department where there are those that feel Chief John Tedesco should not have released an Internal Affairs report to the person who allegedly was beaten by a police officer.


Can you imagine, for example, if a black man in Albany’s Arbor Hill alleged a police officer beat him and the department brass decided to bury the report?


The letter Tedesco sent said the Internal Affairs investigation found the officer did use excessive force by beating the man upside the head after he was already under arrest. He also stated that the case should get turned over to the District Attorney to determine whether or not a crime was committed


Pretty serious stuff. Never mind that the police officer in question is paid for by taxpayers and as such should be accountable to the people who ultimately employ him. How is it any different, to use another example, than the city treasurer or auditor stealing money out of City Hall. Breaking the law is breaking the law. I don’t understand why there are those – both in the department and outside the department – who think any police officer is above that. 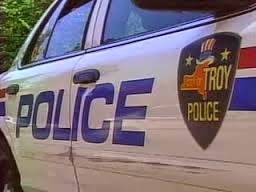 I know if a cop beat me up for no reason, which is the allegation, I would want to know the outcome of any investigation and I would want it made public. I would also want the allegations investigated by the proper authorities and not just IA. While I have all the respect in the world for the head of the IA now, Capt. Terry Buchanan, someone as upstanding may not always be in that role and I’m sure I’m not the only one who is skeptical anytime the police are the only ones investigating one of their own.


Along that same vein, Tedesco wants the FBI to come look at the IA report and the city’s response to his decision to release of the letter. I say go for it. Given the animosity between Tedesco and Magnetto and between Tedesco and the administration that appointed Magnetto to oversee the department - and Tedesco - there is no way anything will get resolved without an outside agency taking a look.

Tedesco, at a press conference Friday, said he thinks it's yet another attempt to get rid of him. I believe that, but I also believe he isn't going anywhere anytime soon.