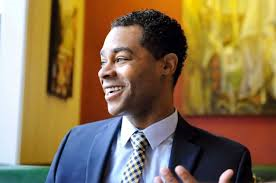 TROY - Council President Rodney Wiltshire is challenging the petitions of mayoral hopeful Earnest Everett in court.
Three candidates turned in more than the required 402 signatures to get on the ballot – Wiltshire, Everett and Patrick Madden.
Wiltshire turned in the most signatures with 1,261, Madden, who is not enrolled in any party but is the Democratic Party’s endorsed candidate filed 1,107 while Everett filed 855.
But, Russell Ziemba, a Democrat and former Council candidate filed specific objections to 508 of Everett’s signatures based on the belief they from people not enrolled in any party, enrolled in a party other than Democratic or enrolled as a Democrat but living outside of Troy. The case is expected to be in court next week.
The first step in the scrutiny of the signatures are by the commissioners at the Board of Elections – Democrat Ed McDonough and Republican Larry Bugbee. While Bugbee bounced many of the signatures McDonough ruled they were valid so now a judge will determine if each of Ziemba’s specific objections are valid.
"It's disrespectful to me and my team and it's disrespectful to the people supporting me," Everett told the Times Union.
Everett did draw the first ballot position in the primary should his withstand the challenge to his petitions. Wiltshire will appear second and Madden third.
While the objections are technically filed by Ziemba, it comes from the Wiltshire camp. It’s widely believed Everett will syphon votes from Wiltshire should there be a three-way primary. Both Wiltshire and Everett are black, for starters, and they are both running against the established Democratic Party.
Posted by Unknown at 5:32 AM