Wiltshire is the frontrunner 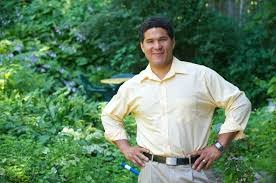 Now that Council President Rodney Wiltshire is officially a candidate for mayor he is, in my opinion, the frontrunner.
That could change depending on who the Democrats pick but as of right now, when compared to the other names out there, the race is his to lose.
Here are some pros and cons as I see them.
PROS
-Solid name recognition, elected citywide twice.
-Successful small business owner.
- Family man
-Well-spoken with a solid presence in front of the cameras.
-Bi-racial. On the one hand I’m not sure why that matters one way or another but on the other he could be the first person of color to ever be Troy’s mayor.
-Will have Working Families Party support and does have some pretty smart political people around him.
-Has a Council record to run on including holding hearings into an administration for the first time in 36 years.


CONS
-Will not have the support of the Democratic Party proper or its Chairman Tom Wade. While being an “outsider” can play well in certain circle he will also not have a proven organization and/or all its workers.
-That same organization will see its demise for all practical purposes should Wiltshire and company beat whoever it is it picks as a candidate. Desperation is a wonderful motivator.
-Will have a Council record to run on which includes going on vacation for two budget votes, the city’s dire fiscal condition which occurred under his watch on the Council and striking deals with the GOP members. That last part doesn’t sit well with many old time, old fashioned Democrats. But, then again, he upset most of them by waging a run without the party’s support anyway so it’s a wash.


I will add some more pros and cons as they come to me. Feel free to weigh in by adding your own to the comment section or drop me a line at jfranco961@gmail.com or at 878-1000.
Posted by Unknown at 8:50 PM

Email ThisBlogThis!Share to TwitterShare to FacebookShare to Pinterest
Labels: Wiltshire