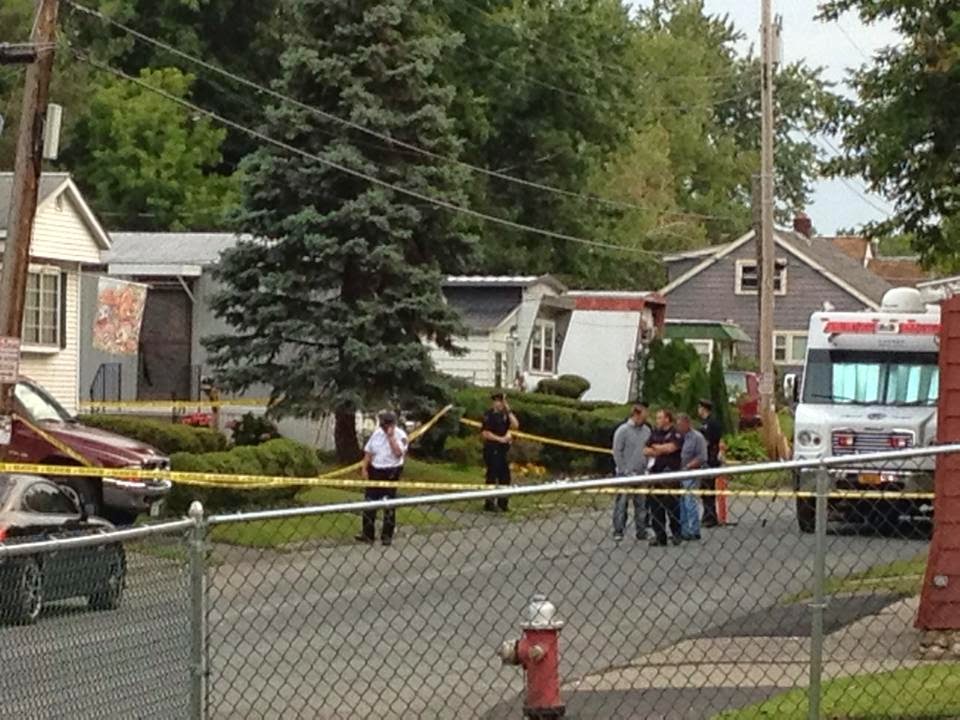 Some six hours after a brutal double homicide, police questioned the brother of one of the two Lansingburgh victims but found no evidence to pursue the inquiry.
Now, police consider Kyle Kilgallon a person of interest, according to sources close to the investigation. Kilgallon, 57, grew up in Lansingburgh and in recent years has split his time between his hometown and Florida. Longtime residents of Lansingburgh have seen him around town as of late and he is known to frequent the OTB parlor on Second Avenue.
Police are investigating the murder of Allen and Maria Lockrow, who were found brutally beaten to death inside their 709 First Ave. home early Wednesday morning.
According to other sources, Allen Lockrow, who liked to play the horses, hit a race worth a substantial amount of money. However, according to sources, he did not cash the OTB ticket.
One theory is that he hung onto the ticket because he was looking for a way to avoid paying taxes New York state demands on larger winnings. Any payout that is 600 to 1 or more - for example if you bet $1 and win more than $600 - requires the winner to fill out a form applying it to the person’s taxable income. Lockrow was looking for someone who made less than he and his wife – or someone on Social Security or disability - to cash the ticket who may not have to pay any taxes on the winnings.
It's unclear if the winning ticket was left at the scene or if it was stolen.
Police believe the murderer or murderers fled the scene in the Lockrow’s 2013 blue Ford Escape.
Kilgallon is a longtime, well respected family name in ‘The Burgh.
Kyle Kilgallon was arrested in Florida 13 years ago for “domestic battery” and violating an order of protection, both misdemeanors.
Thaddeus Pietrak, Maria Lockrow’s brother, was questioned shortly after the murders. He told the Times Union Kilgallon had a $600 ticket from OTB and criticized police for questioning him about the murders he knew nothing about.
"I got angry with them and asked for an apology," Pietrak said. "They taped the whole thing. On my way out one of the detectives did apologize and say he was sorry for what happened to my sister."
Maria Lockrow had an 2012 order of protection against Pietrak, according to the Times Union, and was arrested for attempted murder in North Greenbush for allegations he tried to strangle his mother, twice.
Posted by Unknown at 5:18 PM